Lately I have been making some  crafty bits and pieces, mostly to use as a prop for my photos.  I made 3 headpieces, this one is the first, very easy to do, just some crepe paper flowers, pompom style. 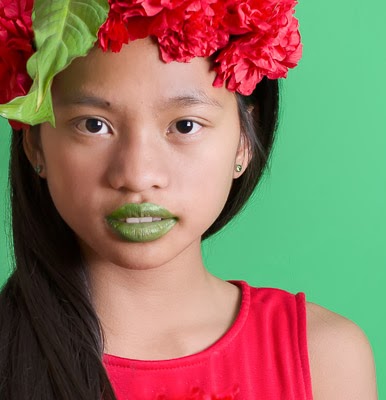 It was meant for my Camera Club January competition, which was themed Contrasting/Complementary colours. Now that I posted here, I see several flaws in it, specially the colour of her top, which went a bit crazy. Sigh, I am sure that the judge will point it out this Thursday.

Have a nice day!

I knew I hadn't posted much in 2013, but it was a shock to find out that there was only one single post at the beginning of the 2013.

Let me start again, wishing the accidental viewer (as at this point any follower must have given up on me) a Happy New Year!  Followed by stating  the same resolutions as last year's. I have a scatter gun approach to resolutions, I figured out that if I have a ton of  them, I am bound to get some done, even if only by accident.

Starting with food,  I want to feed my family good food (most of the time),  increase my children's exposure to different tastes and my cooking repertoire.  With my Brazilian and Japanese background, and my father's curiosity about food, we grew up eating a variety of food. We though nothing of eating sashimi, carpaccio and quibe cru. Or feijoada and dobradinha. The first 3 involve raw fish or meat.  Feijoada has pigs ears and trotters (though my mother didn't use them) and dobradinha is made with cow's stomach.

That's something I didn't manage to pass on to my kids, a curiosity and liking for new food. My daughter has a potential which hasn't been encouraged much, while my son is suspicious of anything he hasn't eaten before. I am aware his attitute won't change overnight. In fact, we are in a campaign to get my son to be more adventurous for years. It is slow, requires patience but there's been progress and it is rewarding to see it.

I'll tell you about it sometime, but for the time being, let me share this year's strategy. I am trying to plan the menu in advance. Menu planned in the weekend, weekly shop on Monday.

While it is as easy to write the menu anywhere, I am using Ali Edwards' menu planner. It is simple, has slots for fruit/veg/desserts and new food. It is supposed to be for dinner but has enough space to squeeze lunch and dinner in it.

Increasingly I am using recipes I find in the internet and save in a pinterest board. I have been doing this for the last year and the only drawback is to be referring to my iPad while cooking, so this year, I am also printing the recipes and keeping them in a folder. So my folder would have a printout of the menu planner, then printouts of any recipe I am going to try during the week.  I am hoping to try at least one new dish every week.

Here's the list of recipes I or one of my collaborators tried so far: Pinterest board with recipes tried. There's real comments in it, which either I or my friends wrote.

Of the things I tried so far in 2014, the spaghetti with olives, tomatoes and feta is my favourite. It's more of a summer recipe but after coming back from visiting my family in Brazil, I was still in the mood for something light and fresh.

Hope you enjoy it!

I hope you a very happy, lucky and sucessfull 2013!

I will start this year with a few resolutions, as it is traditionally done.

Everything is tied to my One Little Word of choice: PLAN. As is the verb to plan, not the noun.

One Little Word is a idea which I believe was started by Ali Edwards, where you choose a word on which to focus for the year. She runs a workshop every year, but I am not using it do to anything creative with it, just to remind me to plan.

I am a huge procrastinator and can be sidetracked easily, so I have to PLAN every day, setting myself small, achievable goals.

Some of my resolutions are to eat better, exercise and educate my children.

I am also doing Project 365 again. A photo a day for the whole year. I hope to do better than I did last time, but I won't consider it a failure if I miss a day or two every now and them. I am more focused in learning and practising in every shot than having a perfect record.

Inspired by the theme suggested in the ILP forum - Myths, Legends and Make Believe - I took my first couple of photos.

I only started officially today (01/01/13), because it's neat that way, but I took a practise shot yesterday.  I taped a Christmas decoration on the window and placed a pot of tulips in front of it. 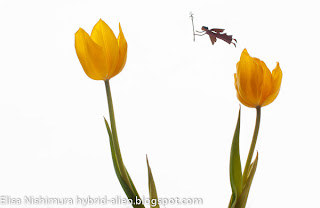 And today's is called Amazed. The "fairy" is something my son got with his Happy Meal in McDonalds, I was going to put it in the bin, I am glad now that he didn't let me. 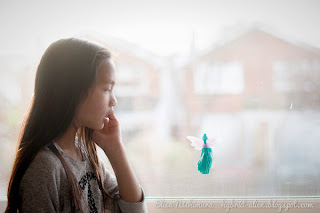 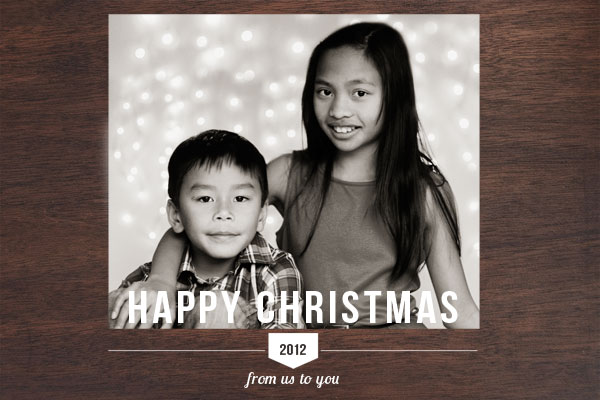 I love when I can cross a "to-do" item from my list. The item I crossed last was to make an album of my photo a day project.

What I had set to do initially was to take a photo a day from 31/10/2011 to 30/10/2012.  From the start, I decided I wanted to make an album out of it. {what's the point otherwise? 365 random photos in your hard drive?}. I designed a double page for each week - one photo on the left, 6 on the right. And if I missed a day or two, I'd just reduce the number of photos on the right. Easy, and the album would still look OK, and the number of pages limited to little over a 100 instead of potentially 366!

Last week I finished filling my album and this week I designed the cover and sent it to blurb.com to be printed. Can't wait to see the album.

Here's the cover is designed. 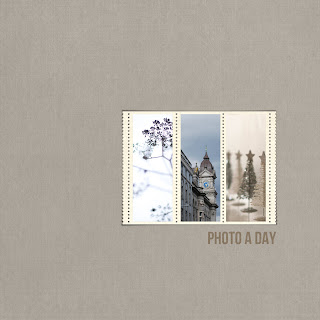 The postage stamp shape is Maling Label No. 4 by Paislee Press. Font is Bebas Neue.

This is the last photo: 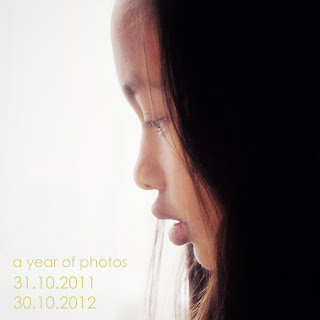 I am not what I did in November - it went so quickly and I have nothing to show for it.

Well, almost nothing.  Last post I mentioned I had made some cards for charity and didn't take photos. Afterwards I made some more and took photos of 3 of them.

I am not great at colouring, so at first, since they had to be quick cards I didn't think in using some of my images - but eventually I changed my mind and use the snowman in a few of them. 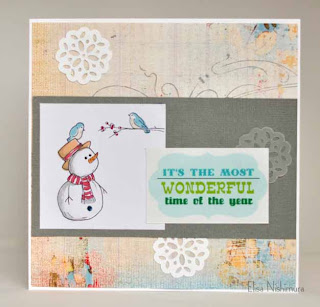 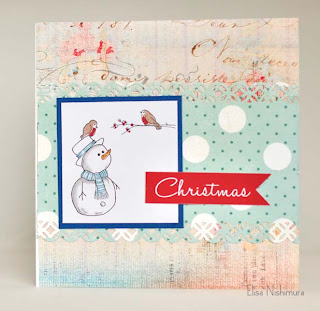 The sentiments are ready made, a digital download from Sahlin Studios.

I also wanted to use a decorated bauble, but couldn't find anything I liked so I made my own and cut it with the Silhouette. 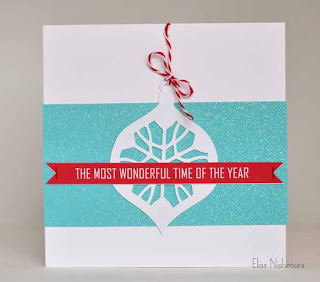 The outside shape I designed in PSE and the inside is part of a snowflake brush by Ars Grafik. Originally the design was much more intricated, but the Silhouette wasn't cutting it right so I had to simplify it. My kinda card. Minimal.

Thanks for looking!
Posted by Elisa at 23:36 No comments:

I am not sure if it is with everybody else - sometimes I am focused in scrapbooking, sometimes it is on photography. At the moment it is photography, I am taking a few photos and have been reading a lot.

I made a few Christmas cards in the weekend, but didn't take any photos before I gave to a friend; she's got a stall in a fair to raise funds for a charity and asked for my contribution.

This is one I made a while ago, I stamped in the cardstock with doily patterns in white and green.  It isa good idea to add  a bit of interest in a plain background. I used the same technique in some of my Christmas cards, using blue cardstock and white and dark blue ink - it looks a bit like snow, which is seasonal.TLF! 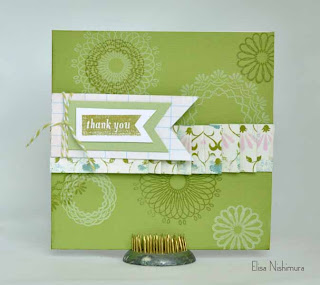 Elisa
I am Brazilian and live in Ireland with my husband and two children. I have a background in Maths and IT and am a stay-at-home-mum at the moment. My hobbies are scrapbooking and photography.